We're wrapping up our third year at CCI. For those interested in learning more about what we've accomplished, please check out our Annual Report.

I am frequently asked how a charter city would defend itself. The weak version of the critique is that the host country could expropriate the city at a future time, depressing investment and limiting growth. The strong version of the critique is that charter cities aren't possible unless they are supported by credible threats of defensive force. In other words, a charter city is dead in the water unless it hires a Blackwater equivalent or has a defense treaty with a regional power.

On a simplistic level, the critique is true, a charter city cannot succeed if it is surrounded by hostile neighbors with vastly superior military ability. Taking a step back, however, suggests that this question misunderstands the value proposition of charter cities. Charter cities are not an exit from a political unit, they are a co-development strategy with their host country. If a charter city gets to the point where there is a real risk of violent confrontation with the host country, they have already lost.

The key to a charter city is balancing the line between autonomy and control. Few, if any, countries are willing to give up sovereignty over territory. Many, if not most, countries are willing to carve out areas with different rules than the rest of the country. Special economic zones have proliferated worldwide. The key to a charter city is getting deeper reforms applied to a city-scale territory, sufficient for continuous economic growth within the city.

The process of achieving concessions requires the development of shared goals with the host country as well as the creation of a legal framework to govern those goals. This isn't a group of hooligans claiming terra nullius, it's a dedicated, coordinated effort for a new city developer to find common ground with the host country. With this framework in place the risk is not an actual invasion, but a retraction of previous concessions.

Hong Kong shows the danger of a host country retracting previous concessions. Host countries will always have military superiority over charter cities. However, the story of Hong Kong is dissimilar to the typical fear of expropriation. China is not squeezing Hong Kong to extract wealth. China's actions are likely wealth destroying, even in the short term. Instead, China is squeezing Hong Kong for political reasons. China wants to justify their narrative that ethnic Chinese are incapable of political freedom and democracy. Hong Kong proves that narrative wrong. Beijing's actions against Hong Kong are political, not economic. Shenzhen, adjacent to Hong Kong and with substantial devolved autonomy, is continuing merrily on their path to becoming a tier 1 city.

None of these strategies are silver bullets. It's easy to imagine an up and coming politician attacking a charter city to build a brand. Shenzhen was almost destroyed in 1992 by an effort to revoke their autonomy. It took a retired Deng Xiaoping to do a "southern tour" and create a political coalition strong enough to stay the course.

Mwiya Musokotwane published Kilimanjaro, the follow up to the previous Black Paper and African Renaissance Conference. In it he lays out a vision for a network of charter cities using crypto currency as financing can help develop Africa.

Tony Hsieh, best known for Zappos and Downtown Las Vegas, tragically died. He was inspired by Triumph of the City to revitalize part of Las Vegas that had fallen on hard times, investing $350 million of his own capital. The project fell short of expectations.

IGC has a good blog post on what Africa can learn from China's urbanization. One of the main points is decentralization, experimentation and scale, using Shenzhen as an example to learn from.

Aubrey Hruby has a good Foreign Policy article outlining how a Biden Administration should engage Africa.

Próspera has been attracting critical press coverage. Local residents at Crawfish Rock were surprised to learn that marketing materials for Próspera included their land. Charter cities will struggle to achieve success without strong relationships with neighboring communities.

Netflix is creating an adaption of Rose Island, a platform creating by an engineer off the Italian coast in the late 60's which tried to claim sovereignty.

The Australian Science party has building a new charter city in their platform. It is a minor party which hasn't won any elections. However, the charter city plan is reasonable, and hopefully a signal of the future direction of Australian politics.

Trump recognized Morocco's claims to Western Sahara in exchange for Morocco recognizing Israel. This was widely mocked by Africa experts on Twitter. Like Trump's interest in buying Greenland, I believe this is a harbinger of coming changes in sovereignty norms.

The Ethiopian civil war is causing manufacturing multi-nationals to consider pulling out. A reminder of how costly war can be. 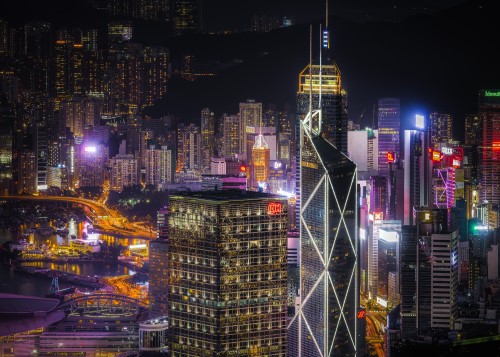