A CCI team recently travelled to Zambia to meet with key stakeholders in the new administration.

During the first two weeks of September, CCI had the privilege of sending a team to Zambia to meet with key stakeholders in the new administration. The CCI team included our Founder and Executive Director Dr. Mark Lutter, our Head of Research Kurtis Lockhart, our Head of Partnerships Julian Mukiibi, and our Partnerships Manager Carl Peterson. Our team made this trip to get a handle on the changes in the development landscape in Zambia after its recent election and peaceful change of government. It was important for us to do this because we have a years long relationship with Zambia and its people, including partnerships with both the Zambian Development Agency and Zambian entrepreneurs.

CCI was initially attracted to working in Zambia because of its Multi-Facility Economic Zone (MFEZ) law. The MFEZ law as it stood upon passage allowed for the establishment of special economic zones that had both commercial and residential zones and were encouraged with financial incentives. Unfortunately, these incentives were removed, and the zones have, until now, been a bust. However, in this unfortunate mismanagement of incentives CCI saw an opportunity, which was enhanced when Hakainde Hichilema was elected President of Zambia.

President Hichilema is the leader of the UPND political party, which has four parts of its manifesto that are specifically related to outcomes that the charter cities model aims to provide: decentralization; the promotion of micro, small and medium- sized enterprises (MSMEs); private sector development; and jobs creation. So, between Zambia’s MFEZ legislation and the new government's platform's focus on four key areas that charter cities aim to address, CCI set out to Zambia to continue to deepen our relationships with those we were already working with, and to make new relationships with likeminded stakeholders on the ground.

Our trip had three primary goals: meeting with key stakeholders; visiting sites; and setting up an organization on the ground. When we arrived in Zambia's capital, Lusaka, late on September 1st and began meeting key stakeholders, we hadn't been planning on establishing a CCI-Zambia branch, but after the first few days of meetings and site visits, it was clear that we needed to. We met with stakeholders with whom we had ongoing relationships and stakeholders that we hadn't previously met, including government officials, academics, industry professionals, and leaders of civil society and NGOs. Over the course of these meetings, we learned that the opportunity that we had seen was both real and even bigger than we had previously believed, but in order to take advantage of this opportunity we would need a dedicated staff on the ground. This point was driven home as we were able to visit the different sites in Zambia that we had an interest in helping, Nkwashi and current MFEZs, and saw that while the demand for special jurisdictions was there, the law and incentives required to spur successful development in them was not.

In establishing a CCI-Zambia branch, our hope is to take advantage of the alignment of goals that currently exists between the Zambian government, Zambian entrepreneurs, Zambian civil society, and CCI. The alignment is centered around how to accomplish the four goals of the current government's platform by using the tool of MFEZs. Taking advantage of this alignment and accomplishing those four goals will have the added outcome of a significant increase in revenue for the Zambian government.

We believe that the best approach to accomplishing this task will be to reform the current MFEZ law by giving the zones many of the same powers that the Zambian Local Government Act currently gives to local jurisdictions. Furthermore, with the granting of some additional powers over issues like banking, land registration, and company registration, we believe that the MFEZ law in Zambia can serve as an excellent vehicle for accomplishing the four goals of decentralization; the promotion MSMEs; private sector development; and jobs creation. By having a dedicated CCI-Zambia branch on the ground, staffed by Zambian experts in research and advocacy, we can show key stakeholders how MFEZ reform is the proper vehicle to use to accomplish our shared goals by unleashing the creativity and energy of entrepreneurs in Zambia in zones that can become cities with new and better laws. Finally, these zones will serve as assets for Zambia that bring in strong and reliable revenue streams.

By pursuing a path for MFEZ reform, Zambia will continue to show the world that it is not just a stable democracy, but also that it is an innovative leader in policy. With the introduction of new ministries for Green Economy, Small and Medium Enterprises, and Science and Technology, President Hichilema has already indicated to the world that he believes that Zambia can and should be innovative, and it is with MFEZ reform that he can show the world that that belief in innovation isn't just cosmetic.

Carl Peterson is a Partnerships Manager at the Charter Cities Institute.

Carl Peterson is a Partnerships Manager at the Charter Cities Institute. 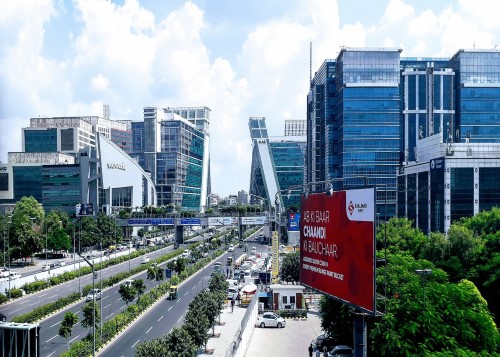