A conversation with Michael Castle Miller, the Founder and CEO of Politas Consulting.

A conversation with Michael Castle Miller, the Founder and CEO of Politas Consulting.

Tell us about Poltias Consulting. What do you do? Who are your clients? What is your value proposition?

You focus on special economic zones and new cities. Do you see such projects as playing a role in economic development and poverty alleviation?

Cities and special zones hold the key to building inclusive, prosperous societies that address the major challenges of the 21st century. Special economic zones can be vehicles for introducing new policies that otherwise might be impossible for states/provinces or national governments to carry out. They do this by introducing new rules in a limited area, which avoids political conflict with people who prefer to preserve the status quo. New cities can play a similar role, except the potential is even greater. Cities are magnets for diverse people, ideas, industries, and creative expressions. So, when given enough power, they can combine all of these resources with good policies to unleash explosive growth.

Cities and special zones play a key role in international development and poverty reduction because they help reform institutions. Institutions – including laws, governance structures, and administrative practices – are the largest factor in the success of countries. Institutions determine whether businesses benefit more from delivering high-quality, affordable products or from chasing after political favors. They determine whether politicians benefit more from seeking the best interest of society or from taking bribes and helping elites. They determine whether poor people and migrants can find a safe, legal, and affordable home and job, or whether they stay in the shadows. Politas helps its clients restructure institutions in cities and zones to create more open, prosperous, and inclusive societies.

What are some projects that you have worked on that are most promising or you are most proud of?

First, we’re helping develop the institutions for a special jurisdiction in Latin America. We have the opportunity to greatly improve governance in the area for the benefit of all – from poor farmers to international investors.

Secondly, we’re developing new policy ideas that combat housing prices and homelessness in U.S. cities. Much of the problem with high housing costs in cities like Los Angeles, San Francisco, New York, and Washington, DC, stem from overly restrictive zoning that limits the supply of new housing. Many zoning restrictions are good and understandable, but they also prevent cities from being inclusive and affordable, especially for low- and middle-income residents. Easing these restrictions in a sensible way requires us to make sure existing residents don’t bear all the burdens and none of the benefits of new development in the neighborhood. We’re about to unveil some exciting work on this front soon.

Finally, we’re working on refugee cities projects for countries hosting large displaced populations. Refugee cities are special designated areas where the normal immigration, land use, and business rules are tweaked. Instead of forcing displaced people to stay on the margins of society, the special areas allow them to work, start businesses, and hold property.

What are some trends which you see in the development of new city projects and special economic zones?

Globally, cities and special jurisdictions are gaining influence. As more and more of the world’s population moves to cities, national and provincial governments are recognizing the outsized role cities play and letting them take more responsibility for their own governance. Power is becoming more decentralized by necessity and by common sense.

We’ve been working on a project in Libya, where decentralization is happening by necessity. The failure to form a state over the entire country has meant that mayors and local councils have had to fill a governance gap – providing public goods that were previously only provided by the state. We’re helping empower those local leaders through municipal capacity building and special development zones. Ultimately, we believe these cities and towns hold the best prospects for building a peaceful and prosperous Libya.

Decentralization is happening by common sense with many new city and special economic zone programs. The Republic of Georgia has decided to accelerate its impressive recent economic reforms, by building a new city and special economic zone in Anaklia. Anaklia has incredible potential because it will include a major, badly needed deep sea port on the Black Sea and is a perfect vacation spot. But even more importantly, the Parliament will give Anaklia special status under the Constitution, enabling it to pilot innovative new policies and governance structures. (It’s perfect weather means its a great vacation spot too!)

What this means is a shift is occurring. Zones are not just tax havens, they are becoming diverse, urban areas with new public policies, services, and administrative frameworks. Cities are similarly leaders in solving pressing global issues like immigration, the environment, and building an inclusive economy. It is an exciting time! 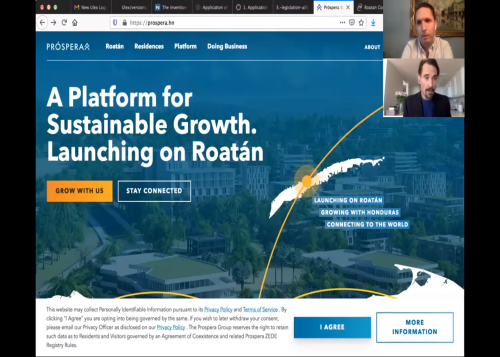 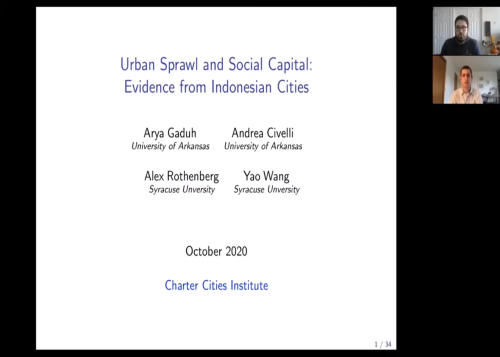