The Charter Cities Institute is pleased to announce our Technology Zones White Paper Competition: “Towards a New Regulatory Framework”.

The Charter Cities Institute is pleased to announce our Technology Zones White Paper Competition: “Towards a New Regulatory Framework”. The winner will receive a $10,000 prize and second place will receive a $5,000 prize.

Technological progress in the U.S. is stagnant. America’s technological stagnation is responsible for both the decay of our global technological leadership and the increasing concentration of industry in a few geographical hotspots.

Our burdensome and increasingly outdated federal regulatory system bears some responsibility for this slowdown. The modern American administrative state was built during an era in which most innovations came from large, slow-moving corporations, at times in conjunction with the government. But this is no longer the case, and as the nature of innovation changes, so too must our regulatory system. Reversing course requires a bold, new regulatory framework.

Technology zones are one such option. Practically, they provide a mechanism to test and experiment with different regulatory approaches to emerging technologies. Marc Andreessen’s Politico essay, “Turn Detroit into Drone Valley” offers a compelling argument for technology zones:

“the focus is more on driving regulatory competition between city, state and national governments…[r]ethinking the regulatory barriers in specific industries would better draw the startups, researchers and divisions of big companies that want to innovate in the vanguard of a particular domain—while also exploring and addressing many of the difficult regulatory issues along the way.”

Technology zones are federal legislation that allows for new regulatory policies for cities, states, and other jurisdictions. Unlike opportunity zones which prioritize tax breaks, technology zones can create geographical clusters in emerging technologies, like biotech and drones, dispersing jobs and talent throughout the U.S.

The goal of this white paper contest is to impact policy. The ideas proposed should be actionable, such that enterprising policymakers could adopt them. Papers should be written in a style considered publishable by a think tank, but we will stop short of offering rigid formatting guidelines. For a great example of what we’re looking for, please see “Make America Boom Again”.

White papers should be 30 pages max and include:

Emerging technologies include, but are not limited to:

The first- and second-place winners will receive prizes of $10,000 and $5,000, respectively. Submissions will be judged by Tyler Cowen, Professor of Economics at George Mason University and General Director of the Mercatus Center; Eli Dourado, Head of Global Policy and Communications at Boom; and Joe Lonsdale, co-founder of Palantir Technologies and co-founder and General Partner of 8VC.

The winners will be announced during a public event—date TBA—hosted by the Charter Cities Institute with journalists, Hill staffers, and other interested parties in attendance to discuss how zone-based regulatory reform can revitalize struggling communities and help America retain its global competitive edge in technological innovation.

Please email submissions to Mark@CCI.City by March 31st, using the subject line ‘Contest – [Paper Title]’. Please do not include your name or affiliation in the white paper, as judging will be blind.

We would like to thank the Charles Koch Foundation for sponsoring this contest. 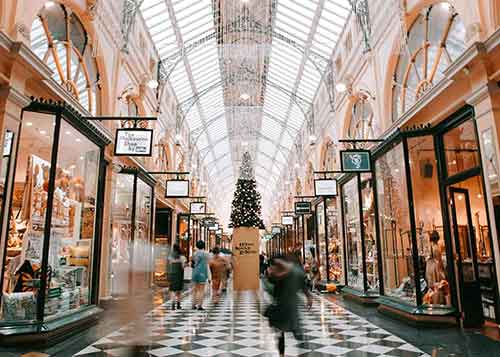