With Próspera in the news, it’s time to take stock of the charter cities space. But first, a roundup of all the recent Prospera coverage:

- Scott Alexander has the best explainer on Próspera.

- Tyler Cowen writes how Próspera is part of a broader movement of libertarianism re-inventing itself.

- And last May I covered the Próspera launch (Here is my podcast with Erick Brimen, CEO of Próspera).

Próspera, as well as Ciudad Morazán which has been less covered, are significant milestones in the charter cities space. They are the culmination of more than a decade of work by various stakeholders. The ZEDE (Zones for Employment and Economic Development—Honduras’ charter cities) legislation was passed in 2013 but was modeled on earlier legislation associated with Paul Romer. Even with the legislation in place, it took the better part of the decade to create the institutional infrastructure to approve ZEDEs and for the right entrepreneurs to attack the problem.

While there are many new city developments and special economic zones around the world, the ZEDEs are unique in the extent of legal authority that is delegated to local governments, including taxes, labor law, environmental law, and dispute resolution. A ZEDE is effectively a legal blank slate on which a new governance framework can be established.

This devolution of authority creates the opportunity for a wider variety of business plans than a typical new city development or special economic zone. With any luck, Próspera and Ciudad Morazán can be the first of many experiments to improve governance, alleviate poverty, and accelerate technological innovation.

Paul Romer gave his famous TED talk in 2009. Romer went to Madagascar, then Honduras. The Atlantic profiled Romer and his new idea, the Economist frequently wrote about it, the Guardian critiqued it, the New York Times and Financial Times both covered it multiple times, and this is only a small sample.

The Seasteading Institute was founded in 2008. Its vision of autonomous, floating cities captured the imagination of Silicon Valley. Peter Thiel seeded The Seasteading Institute capital. In 2013, Larry Page advocated ‘set[ting] aside part of the world’ for unregulated experimentation. In 2014 Marc Andreessen argued that zone-based regulatory reforms could ‘turn Detroit into drone valley’. While neither Larry nor Marc mentioned seasteading per se, their comments had the same animating spirit.

By 2015, however, this interest was all but dead. After the breakdown of the first charter city effort in Honduras in 2012, Romer stopped commenting publicly on charter cities. Patri Friedman, the founder of the Seasteading Institute, returned to his old job at Google. Besides an occasional mention of refugee cities in the press, the level of interest, excitement, and coordination was effectively zero.

Over the last few years, public and media interest in charter cities has rebounded. I founded the Charter Cities Institute in 2017. Patri Friedman founded Pronomos Capital, a venture fund for charter cities, in 2019. Próspera and Ciudad Morazan both launched in Honduras last year. Additionally, we’ve seen some celebrities get interested in building new cities, including Akon and Kanye West. Journalists are increasingly showing an interest in the space.

While the charter cities space has momentum, it is still in its early days. There are a variety of approaches to charter cities and open questions around target population, agglomeration, governance, and scaling.

An example of a low skilled (proto) charter city is Shenzhen. When the special economic zone was created in 1980, it had 100,000 residents, while today metropolitan Shenzhen is home to 20 million. The current population (or their parents) were impoverished rural farmers before migrating to the city. Over time, their productivity increased, and Shenzhen’s economy moved up the value chain.

The high skilled approach is more in line with the seasteading ethos. The target population might be lawyers, doctors, engineers, professors, and entrepreneurs. The competition for the high skilled charter city is cities where their target residents currently live. Such cities must offer a value proposition to attract talent from Miami, Austin, San Francisco, and other established talent hubs.

High skilled charter cities can push the frontier in governance, urban design, and more, and likely benefit from doing so. People want to live on the cutting edge. They can experiment with governance, integrate new technology into their developments, and claim to be ‘the city of the future.’

Charter cities targeting low skilled labor benefit from a rapidly growing urban population. They will be attracting rural farmers and current slum dwellers. These charter cities are not competing with existing cities per se, but instead with urban spaces that are not yet built. Some share of the people that would continue building out the footprint of existing urban slums might instead move to a charter city.

Low skilled charter cities are likely to take a more conservative approach. Instead of purposefully pushing the frontier of governance, officials in these cities will find out what works, adapt it to the local circumstances, and apply it. The primary focus is on lowering cost to increase accessibility.

Broadly speaking, governance can be split into the propertarian camp and the state capacity camp. The propertarians define the relationship with the government and residents in a contract, clearly defining the rights and responsibilities of both. The state capacity followers believe that property rights are important, but a strong state is also crucial for building a successful city and generating sustained economic growth.

Titus Gebel is the foremost proponent of the propertarian view. He argues, “the government service provider as the operator of the community cannot unilaterally change this ‘citizens’ contract’ with you at a later date.” Both Próspera and Ciudad Morazán have adopted this approach.

The state capacity approach defines the rights and responsibilities of both residents and the government but offers a wider range of flexibility in dealing with unforeseen challenges. The emphasis is not on the state as a contractual service provider, but instead on the state as a positive actor in the development of the city. The Singaporean government, for example, plays an active role in Singapore’s development, building industrial parks, attracting investment, and focusing on the growth of specific industries.

The propertarian approach gives residents and businesses more security. The hands of the state are tied. This security comes at the expense of flexibility. I tend to lean towards the state capacity approach. Aligning the incentives of the city government with the residents can minimize the risk of government action harming the residents while preserving the possibility of positive government action.

Próspera has innovative ideas about governance. For example, it is testing a system where a company can opt into the regulatory system of any OECD country or Honduras. Their judges are from common law jurisdictions. This means common law judges might have to resolve a French civil law dispute. Próspera has also created property rights in air, to solve disputes over views. How will both systems work? I don’t know! I’m skeptical about the first and optimistic about the second. However, we aren’t going to know until the rubber meets the road and there are test cases.

Paul Romer’s original case for charter cities included the fact that cities are the smallest unit which can have sustained economic growth. Will Ciudad Morazán with 10,000 residents be a better place to live than San Pedro Sula? Probably! Will it generate widespread economic development for Honduras? Probably not.

Luckily, the Honduras ZEDE legislation is innovative in part because ZEDEs can expand without additional legislative action, only needing the consent of the property owner or a vote of the residents if the population density crosses a particular threshold. Therefore, though Próspera and Ciudad Morazán aren’t starting at city scale, each has the ability to incorporate additional land and grow so long as there’s demand.

Perhaps the second challenge after getting political buy in for autonomy is agglomeration. How do you convince people to move there? You need the land, a compelling value proposition, available jobs, and a way to scale up over time.

Próspera is targeting remote workers to start. This has the benefit of allowing them to pick a beautiful location and have limited upfront capital expenditures. The challenge is that remote work, by its very nature, is anti-agglomeration, or at least agglomeration neutral. Increasing the number of residents doesn’t necessarily make a remote work city or town more attractive. In fact, it could make it less attractive as some people value the scenery and relative solitude. As remote work becomes increasingly entrenched, new living patterns will emerge. This requires a new value proposition to attract residents which Próspera might have identified

Ciudad Morazán is building in Honduras’ industrial corridor, including both a residential and industrial area. Its best value proposition is safety, the ability to walk outside at night without being robbed or worse. The benefits of agglomeration will come as Ciudad Morazán scales, the simplified business registration, better courts, and better regulatory regime will offer a competing hub to San Pedro Sula.

With any luck we are at the start of a virtuous cycle. Unlike 2010, the developments in Honduras are not alone. There is a broader ecosystem that has built up and more projects in the pipeline. Capitalizing on recent success is key to sustaining momentum. The next few years should focus on 1) expanding the pipeline of projects and broader community, 2) mutual learning and tight feedback loops, and 3) avoiding large public setbacks.

Key to growth is expanding the pipeline of projects and the broader community. The recent press on Próspera has focused on the techno libertarian angle. While that is an important part of the charter cities community, it isn’t the only one. Engaging the international development community, mega infrastructure developers, and financiers such as development banks and sovereign wealth funds, is key to maximizing the impact of charter cities.

As projects on the ground get traction, we must communicate their successes and missteps. It is still early days and the set of options for charter cities entrepreneurs is wide open. Some of them will be successful, some unfortunately will not. Beginning to develop a consensus on what best practices are will allow the industry to scale up more rapidly than otherwise.

Like any early-stage startup, charter cities are currently a momentum play. The charter cities movement needs to attract talent, funding, and hit key milestones, creating a positive feedback loop. The state of charter cities is strong. 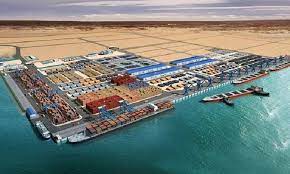